Genomic medicine is poised to generate substantial health beneﬁts world-wide, both at an individual and population level.

The challenge for New Zealand is to make sure that it benefits us all, and in doing so, addresses some of our health inequities.

In a paper recently published by the New Zealand Medical Journal, a team of Genomics Aotearoa researchers led by Dr Philip Wilcox and Professor Stephen Robertson has outlined the importance of producing accurate genomic information with Māori and Pacific populations to improve health. 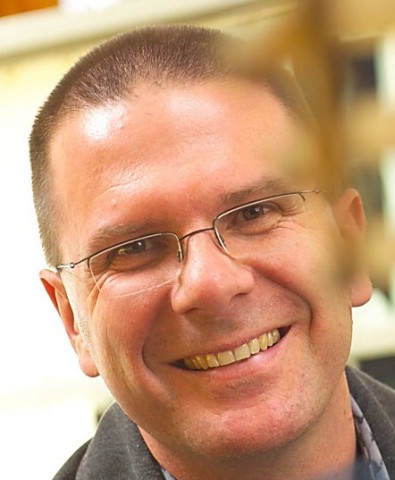 Genomic medicine draws on understanding variation in the human genome or set of genes, and in particular those variations that affect health. Human genomes that have been studied across the globe over recent years have identified distinct and widespread differences in these genetic patterns, influenced by ethnic origins.

Identifying and interpreting the genetic variation within the local population is therefore key to making the information useful – the problem is there is little detail about specific genetic variants that influence the health and wellbeing of Māori and Pacific people.

In the paper 'Genomic medicine must reduce, not compound, health inequities: the case for hauora-enhancing genomic resources for New Zealand', the group of healthcare professionals, researchers and scientists suggest it is a health imperative to catalogue the characteristics of the genomes of New Zealanders, with an emphasis on peoples with Māori and Polynesian ancestry.

Without this focus, the precise interpretation of genomic data and the success and benefits of genomic medicine will be disproportionately less for those Māori and Pacific peoples.

“The challenge for us is to generate capability and knowledge that will beneﬁt those most under-represented in currently available genome resources.”

But to do this, any research must protect the rights, interests and taonga of Māori, and respect the view of Māori that DNA samples and the data generated from them have significant links with cultural practice and whakapapa.

They propose the best way to achieve this is work led, curated and governed by mandated Māori and Paciﬁc representatives.

The development of this proposed genomic resource also needs to include upskilling Māori and Paciﬁc people working in this science to address future needs and applications for community health.

“We foresee that the generation of hauora-enhancing genomic resources for Aotearoa New Zealand is essentially the formal creation and cataloguing of a unique national treasure - a taonga - that will be key to equitably delivering positive healthcare outcomes. As genomic medicine gathers pace, we have the opportunity, if not an imperative seated in Te Tiriti o Waitangi, to ensure that it does not contribute to more healthcare disparities on the basis of ancestry.”

Genomics Aotearoa provides an infrastructure and government funding for genomics projects to support New Zealand’s economic, environmental and social wellbeing, the themes being Health, Environment and Primary Production. One of its research projects is the Aotearoa New Zealand Genomic Variome, led by Dr Phil Wilcox and Professor Stephen Robertson, University of Otago.  In this project, genetic variants present in individuals in New Zealand communities will be catalogued to support disease diagnosis and research into healthcare conditions relevant and important to Māori and Pacific people.

Find out more about the Aotearoa NZ genomic variome here