A New Zealand - Australia collaboration has produced the first full genome sequence of the ship (or black) rat, a milestone in New Zealand’s Predator Free 2050 research.

The ship rat has caused species extinctions and dramatic biodiversity loss on every island group around the world, including New Zealand, as well as spreading disease and affecting agricultural production.

“This is an important milestone for New Zealand’s Predator Free 2050 goal,” says Science Strategy Manager Professor Dan Tompkins of Predator Free 2050 Limited, the principal funder of the research. “It will underpin future work on understanding the origins and dispersal of ship rats, the development of novel control mechanisms such as species-specific toxins and help assess the technical potential of gene technologies.” 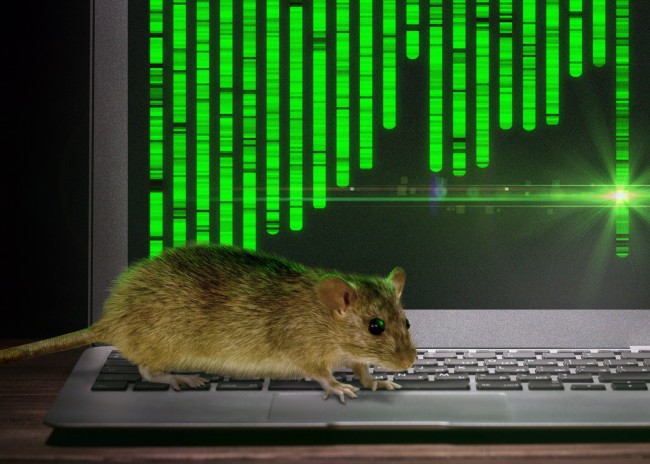 The genome (the complete set of an organism’s genetic information) was produced using tissue from a wild rat trapped in the Waitakere Ranges near Auckland.

“Understanding the genetic makeup of this species enables us to investigate how rats adapt to changing environments and what makes them so successful as invasive predators around the world,” Dr Pichlmüller said.

The New Zealand scientists teamed up with genomic and bioinformatics experts from CSIRO, Australia’s national science agency, to further improve the quality of the genome with state-of-the-art analytical approaches and technologies only recently established in New Zealand. Collectively the team have assembled one of the highest quality mammalian genomes produced to date.

CSIRO Health & Biosecurity and SynBio Future Science Platform scientist, Dr Rahul Rane, who led the work from across the Tasman, said “the result of the collaboration is one of the most complete mammalian genomes currently available and has enabled new techniques to be transferred to New Zealand researchers.”

University of Otago’s Professor Neil Gemmell, a principal investigator in Genomics Aotearoa, led the project from the New Zealand end. He said “the collaboration with CSIRO on ship rat had helped Genomics Aotearoa rapidly build the capacity of New Zealand researchers to generate high quality genome assemblies, so that we can more readily contribute to major research initiatives nationally and internationally.

The new genome is expected to attract international interest. The ship rat originated in South East Asia. Researchers have recently questioned the long-held view that ship rats carried the plague into Europe into the 14th century. The role of intermediate reservoir species in the transfer of new infectious disease from mammal species to humans is a topical research area.

Ship rats arrived in New Zealand on European ships in the 1800s and are implicated in the extinction of the bush wren, huia, laughing owl, North Island and South Island piopio / thrush, South Island kokako, South Island snipe and greater short-tailed bat. They are agile climbers, and the most widespread and common of three introduced rat species.

The New Zealand government aims to remove three species of introduced rat, possums and mustelids from New Zealand by 2050 because of their devastating impact on native biodiversity. Predator Free 2050 Limited is the government-owned charitable company that provides co-funding for ambitious predator eradication operations and breakthrough science.

The ship rat genome contains around 25,000 genes. It is available on the NCBI (National Center for Biotechnology Information) genome database - www.ncbi.nlm.nih.gov/genome/13128 - and from the data page of the Genomics Aotearoa website.

More than 400 mammals have had a reference genome published on the International Nucleotide Sequence Database, however only 63 (now including Rattus rattus) are complete enough to be considered representative genomes. The Norway rat - the common lab rat - was the third mammal genome to be fully sequenced, after mice and humans. There are around 5,416 mammals in the world.

Dr Rahul Rane described CSIRO’s long read genome sequencing methods as creating “highly accurate big lego blocks” and its Hi-C techniques as “bridges between the small and big lego blocks”, which are used to assemble chromosomes and piece together the position of genes in a genome. Cellular material and DNA strands that contain genes deteriorate with time, even in storage. The new techniques have optimised tissue harvesting and DNA extraction from older samples and further helped reduce research costs.

The tissue chosen for the genome assembly came from a male rat which carries both sex chromosomes (X and Y, while female mammals carry two copies of the X chromosome). The Y chromosome is particularly important when considering potential control techniques. Dr Rane says finding the genes that make up the Y chromosome “is like looking for a needle in a haystack, and in this case a particular needle.”

Find out more about about High Quality Genomes here