A long read, and a tricky jigsaw puzzle

Sequencing is an essential part of creating a genome, be it human, stick insect, kākāpō or sheep (all genomes Genomics Aotearoa is currently working on).

Sequencing is a laboratory process where segments of DNA base pairs are put in order, so researchers know where genes are located on the chromosomes.

Genomics Aotearoa is finding the best ways of using new genomic technologies to assemble genomes of organisms important to NZ medicine, agriculture and conservation, and to make those into technology ‘pipelines’. That will streamline processes, and make the technology more readily available to other research projects.

Current sequencing technology means the whole genome can’t be produced in one go. Researchers, therefore, cut DNA into pieces, then they reassemble the sequences into the proper order.

A major challenge is that genomes we work with are very large, but at present, we can mostly only sequence relatively small bits of DNA.

So to get this done as efficiently as possible researchers use a mix of long read and short read technology.  This sequencing approach helps both the speed and the coverage quality of genome production – internationally and in New Zealand.

So how does sequencing and assembly work?

The sequencing process is that we break up the genome into small overlapping chunks, sequence all the chunks, then assemble the genome from all those chunks. Assembly works by looking at the sequence of each chunk to find sequences that overlap (aligning).

Of course, as you have to use overlapping fragments, and you need to be sure of the sequence of each base pair, you can’t just sequence the genome once. For a good-quality human genome you might aim for 30 x coverage, so 30 x the 6.4 billion base pairs is 192 billion base pairs – split into 200 base pair chunks is 960 million. We call these ‘reads’.

So now we need to accurately assemble a genome from 960 million pieces. This is the world’s worst jigsaw puzzle because of the number of pieces (reads), and because each read is made up of only four base pairs (A, C, G and T), meaning there are very likely reads that are similar or identical. Identical reads become more of a problem when you know that bits of most organisms’ genomes are repetitive.

Twenty-five per cent of the human genome is made up of repetitive sequences. Larger genomes are even more repetitive.

Diversity is also a challenge. In the human genome, any genetic variation where our maternal genome differs from the paternal one is a problem. It’s solvable given we get one set of alleles from each parent – there are only two possibilities, but if we want to sequence the genome of something small and diverse, for example, the invasive Argentine stem weevil, and have DNA from lots of individuals, there may be multiple options for sequence at each site. Assembling a decent genome from this mess is impossible.

So if we have a genome that is large and hard to assemble, we can now use long reads to build a first approximation, and then ‘polish’ the sequence with short reads. The long reads build a good assembly, and the short reads ensure the sequence is accurate. This is computationally challenging and greedy, but having the long reads allows you to read through repetitive DNA and build a more complete, ordered genome – in effect, a more complete jigsaw puzzle. 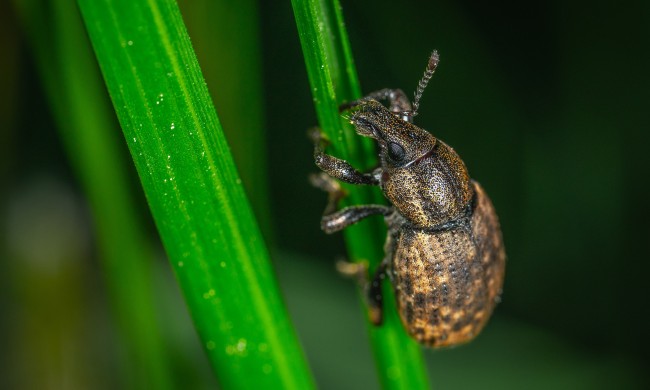 Genomics Aotearoa and Bioprotection Research Centre staff took DNA from one single Argentine stem weevil (3.5 mm x 1.5 mm), amplified the whole genome using neat molecular biology tricks, sequenced it on a Nanopore to 30X coverage (30 x genome size), assembled that as much as possible, then polished it with short reads. This is really at the limits of this technology – so far we have a draft that includes over 75% of the genome. Although there is some way to go, the efficiency of the technologies has enabled us to progress the project significantly.

The creation of the Genomics Aotearoa platform means we are now better positioned to make use of bioinformatics tools and pipelines as they come on stream, and to see that they benefit New Zealand production, environment and wellbeing.

Peter Dearden is the Director of Genomics Aotearoa.