How the stick insect is helping bioinformatics practice

New tools and techniques to map the stick insect genome will not only put New Zealand genomics research on the international map, but could ultimately help to protect our natural environment. 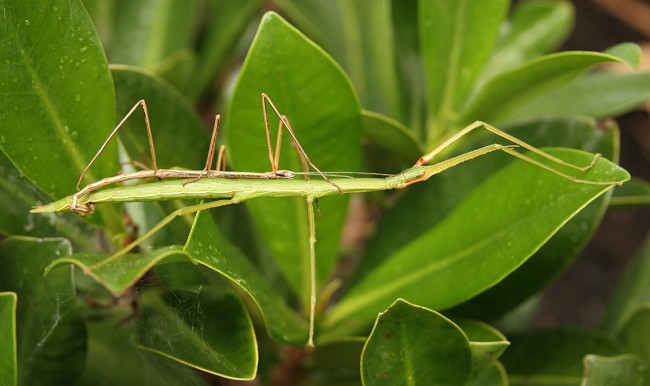 Stick insects are biologically interesting. In times of stress, they have the ability to become parthenogenic, meaning the females lay eggs without needing to mate with males to produce offspring. They are also dynamic in a range of temperatures and altitudes in New Zealand.  Better understanding of stick insect genomics will contribute much to global knowledge on the Phasmatodea species, including biogeographic origin, reproduction and temperature tolerance and its role in climate change.

But this is a complex project because while the stick insect genome is highly repetitive, it is also very large - substantially bigger in fact than the human genome. Overseas researchers have produced fragmented stick insect sequences. However, the aim is to produce a high quality reference assembly to provide more comprehensive genomic information. Studies can then concentrate on managing important issues like reproduction and how these species are going to adapt to climate change.

It took Ann three months to adapt techniques to get the first test of the genome assembly running. “The computational environment required for these analyses is very complex, so we have had to research what is available, create environments and test under different parameters – there has been a lot of trial and error for this genome as it’s the first time this has been done using a linked read technology. This technology uses a unique barcode system to label short DNA sequences from individual molecules that are close to each other on the genome, so they can be linked to create longer sequence reads. It's a much cheaper method and has less mismatches than standard long read sequencing technologies."

The first complete assembly will be published this year. 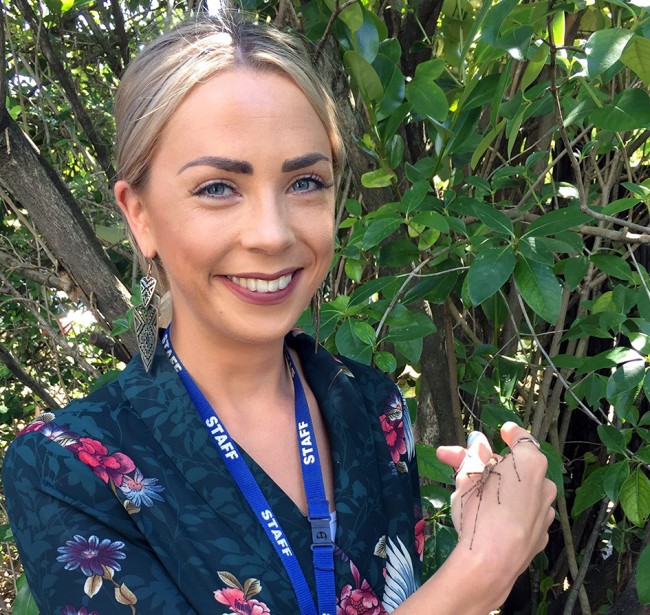 “Ultimately, it’s about the pipeline - developing techniques and software to produce a high quality genome assembly for this stick insect project that are reproducable and applicable to other genomes. This will make it considerably easier and quicker to produce quality genomic information for other species including that of endangered birds and animals.”

Ann has written more about the complexity of the stick insect genome and why it could help New Zealand conservation.

Working with the NeSI computing platform

Originally from Ireland, Ann studied mammal genomics, working on high quality reference genomes in human and primate species in the Bioinformatics and Molecular Evolution Lab in Dublin City University. She knew immediately when she saw the postdoc position advertised in New Zealand that this project was what she wanted to do, so relocated to Auckland in 2018.

“It was an opportunity for learning new computational techniques, but more importantly to build an appreciation for the taonga species of New Zealand. It’s cool to know that I can contribute in the development of pipelines for high quality genome assemblies on endangered taonga species such as the hihi and kākāpō. And I really feel honored to work alongside and establish connections with Māori so that together we can become caretakers of this country through the intertwining of kaupapa and conservation genomics."

“I’m also enjoying working in a very open and collaborative environment - the fact that we have so many postdocs and they have such different backgrounds and approaches gives us an interesting mix of ideas and experiences to further develop bioinformatics competency here. It’s an exciting place to be."