How genomics could improve kākāpō survival

Information from the newly developed kākāpō genome is not only expected to improve kākāpō survival in New Zealand, it should also help in the conservation of other endangered species. 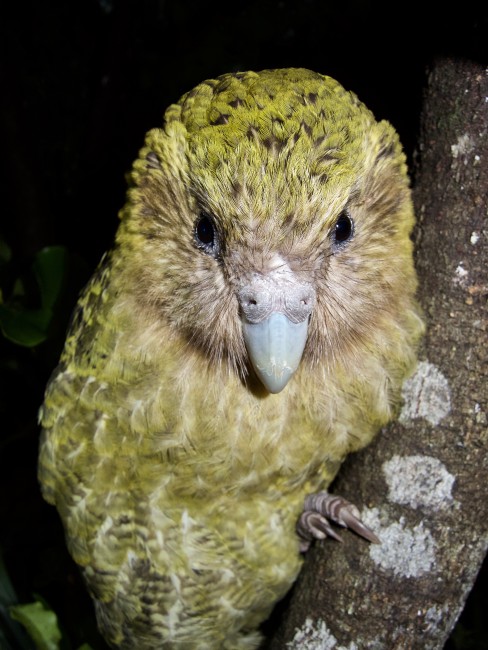 The kākāpō is a unique, critically endangered parrot found only in New Zealand. It lives in the wild on predator-free islands. Intensive conservation management has recovered the population from a low of 51 individuals in 1995 to about 150 adults in 2019.

Sequencing of the genomes (the complete set of genetic material present in a cell or organism) of every New Zealand kākāpō was completed in late 2018 through the kakapo125+ project, established by the Department of Conservation with funding organised by the Genetic Rescue Foundation.

Armed with this invaluable resource of genetic information, Genomics Aotearoa is now analysing these genomes to identify genetic characteristics that are crucial to survival.

Genetics have a significant role to play in survival, and therefore it’s important for conservation that effort is put into understanding more about the genetic composition specific to New Zealand’s endangered species. Identifying factors influencing genetic inheritance, for instance, will help DOC to generate improved kākāpō pedigrees, which will be used to more closely guide kākāpō genetic management.

Bioinformatics (the development of methods and software tools for understanding the biological data derived from genomics) is the key to making use of the kākāpō information gathered so far. Genetic variations exist between all individuals – researchers will compare the different kākāpō genomes and identify the small but crucial parts of these genetic variations that are linked to important breeding and disease biological features.

The priorities for kākāpō conservation, as guided by Kākāpō Recovery at DOC, are understanding causes of infertility and diseases such as cloacitis. Other areas of interest are ageing, genetic management of relatedness, dwarfism and vitamin D.

About the Kākāpō125 project

The initial sequencing of a reference kākāpō genome, carried out in 2015 of an individual kākāpō known as ‘Jane,’ was a collaboration between Duke University, Pacific Biosciences, the University of Otago and the Department of Conservation (DOC).

This was followed with a major programme to sequence every kākāpō’s genome. The Kākāpō125+ project was established by Kākāpō Recovery, Genetic Rescue Foundation, the University of Otago and Duke University, in reference to the total of 125 kākāpō living in 2015 when the project started. A crowdfunding campaign to raise money was coordinated by the Genetic Rescue Foundation, a non-profit that aims to preserve biodiversity through genetic techniques.

Blood samples were taken from every living kākāpō, plus some important recently-deceased individuals, led by DOC’s kākāpō scientist, Dr Andrew Digby. DNA was extracted from those blood samples and sent away to be sequenced; the process was coordinated by Associate Professor Bruce Robertson from the University of Otago and was funded by the university. The subsequent full chromosome-level assembly of the reference genome was completed by the Vertebrate Genome Project, led by Dr Erich Jarvis at Rockefeller University in New York, and released on 13 September 2018.