Genomics, genetic persistence and the hihi

How important is genetic diversity to species persistence?

This is a question we’ve been puzzling over in New Zealand, and worldwide, for some decades. It has been difficult to address using ‘traditional’ approaches to determine genetic diversity, which sample just a handful of positions in the genome.

However, in recent years, with much lower costs of DNA sequencing, we’ve been able to sample larger and larger amounts of the genome, and in some cases generate whole genome sequence data for individuals and even whole populations. This revolution in the affordability and accessibility in sequencing means we can finally assess, in a standardised way, how much genetic variation a species has, what this means for how responsive the species is to selection pressures, and hence how resilient it will be in the future.

And that’s proved to be helpful for the conservation efforts of one of our more endangered birds. 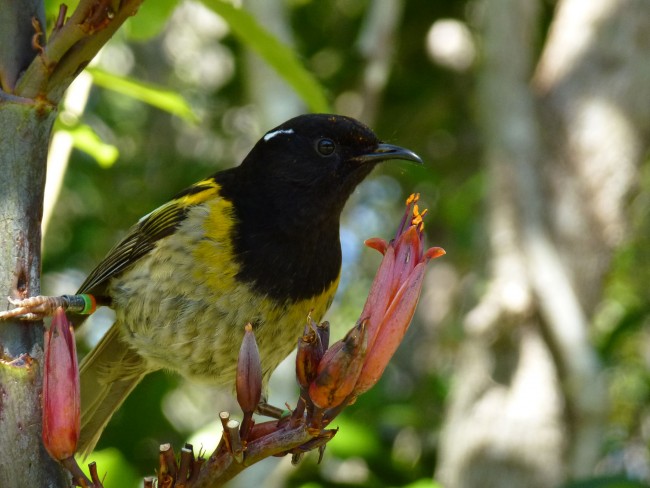 Beginning in 2015 with a Te Apārangi Royal Society of New Zealand Marsden grant, and now funded by Genomics Aoterora, we set out to use sequence information from hundreds of thousands of positions across the genome to determine the genetic diversity remaining in a threatened endemic New Zealand passerine bird, the hihi (Notiomystis cincta).

Hihi were once found across forests of the North Island and its offshore islands. Following European settlement of New Zealand, with the introduction of mammalian predators and widespread land clearance, hihi were lost from all but a single remnant population on Te Hauturu-o-Toi (Little Barrier Island) by the 1880s. In the 1980s, a serious of reintroductions began, aiming to establish hihi back into their native range.

Management of the hihi populations is carried out by the Hihi Recovery Group, a partnership between representatives from the Department of Conservation, international and New Zealand-based universities, conservation research institutions, local community conservation groups and iwi. The strong partnership model means that hihi numbers are increasing, but the reintroduced populations are still small and at risk of extinction due to the effects of extreme weather events, predator incursions and disease, and loss of genetic diversity over time.

While assessing and managing genetic diversity is just one piece of a very large puzzle for hihi recovery, by taking a genomic approach we wanted to provide the Hihi Recovery Group with the best possible information as to the amount of diversity left in the species, and what this means for hihi resilience. 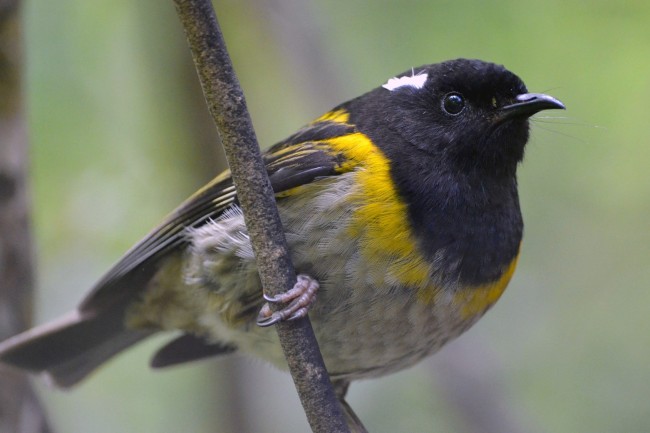 Our work to date has illustrated that unfortunately hihi genetic diversity is very low compared to other bird species that have used a similar genomic approach to assessing diversity.

We have also been able to establish that this low genetic diversity impacts the species’ resilience – hihi do not have sufficient diversity at present to be able to adapt to new selection pressures.

Knowing this does help with long-term planning by the recovery programme. Management decisions of the Hihi Recovery Group are ensuring the best possible scenario for long-term hihi recovery; increasing the population size and the number of populations will eventually lead to an increase in genetic variation over time, and increased resilience for the species.

So where to next for genetic study of the species?

The whole genome sequence of a bird from the remnant population on Te Hauturu-o-Toi will give the Genomics Aotearoa project a much more fine-scale assessment of the amount of genetic diversity, as the island represents the founding population of all other hihi populations. This analysis is being done with support from kaitiaki Ngāti Manuhiri. 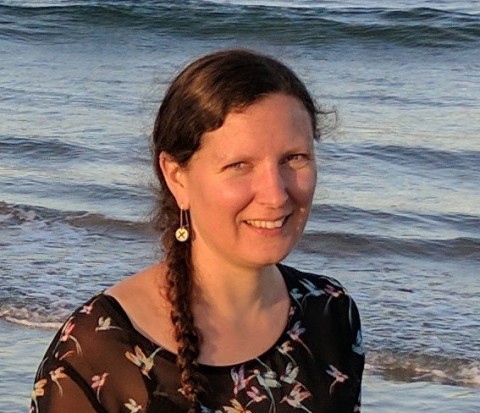 Intriguingly, the genomic information can also give insight into the past – the amount of current-day variation can help us infer ancestral population sizes, so we can understand whether hihi have had low population numbers in the past, and been able to persist nonetheless.  This information will be compared to known events from the geological record regarding past climate events, and to oral and written histories of the arrival of Māori and Pākehā to Aotearoa.

It’s satisfying to know that genomics tools are being used where they are needed the most - giving us the opportunity to comprehensively assess the diversity of hihi, and help plan for the future of the species.

Dr Anna Santure works at the University of Auckland and is a researcher in the Genomics Aotearoa High Quality Genomes project.