Stream to marine: Studying viruses in our waterways

Dr Michael Hoggard hopes the viral ecology project he's working on will help us to further understand how our waterways function. 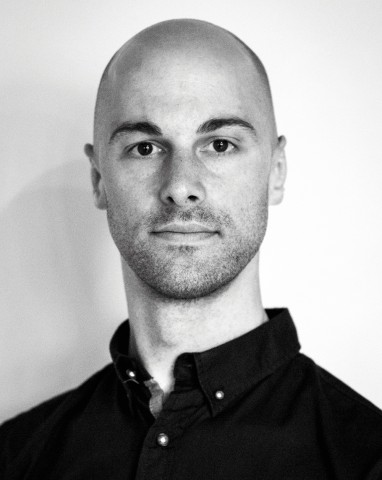 Michael joins Dr Kim Handley's team studying the ecology and adaptations of microbes in aquatic systems, including along the transition from stream to estuary to marine environment. The Environmental Metagenomics research team are studying genetic material recovered directly from samples from the Waiwera river and estuary. This includes DNA (metagenomics) and RNA (transcriptomics), which can tell us what genes are present and when they are being used.

Michael's research will focus specifically on viruses present in that freshwater to marine ecosystem, building on what the team has already found about bacterial and archaeal microbes in that same system.

Michael points out that we currently have little understanding about the total biological content and functioning of aquatic ecosystems. “While we know that viruses are present alongside bacteria and archaea, our understanding of what is there, what role they play and how they influence microbial communities is still very limited.”

Michael will be examining DNA and RNA viruses using data from samples collected by the team two years ago. As viruses must have larger hosts, including bacteria, the idea is to look for viral patterns in the data across a gradient from freshwater to marine, and between the water column and sediment, to see how it affects the rest of the ecology of the estuary. “This estuary system offers a great opportunity to investigate some interesting fundamental biological questions.”

The project also aims to investigate the presence and possible roles of viral auxiliary metabolic genes (AMGs) – that is, genes carried by viruses that can provide additional function to their infected hosts, such as nutrient metabolism. The group is particularly interested in those AMGs and viral processes that might respond to or influence the biogeochemical cycling of nutrients such as nitrogen, phosphate, sulphur and carbon.

Michael has a BA and BSc (Hons) from the University of Auckland with majors in philosophy, ecology and biomedical science. His PhD thesis was on processes and interactions in both the human and microbial aspects of the inflammatory mucosal condition, chronic rhinosinusitis, for which he won a Vice-Chancellor’s prize for best doctoral thesis.

"My previous work focused on host-microbial interactions at the ecosystem level in a chronic inflammatory disease – looking for patterns and microbial roles in both health and disease to better understand what they mean and how they influence their host. Going forward, I’m interested in similar host-symbiont processes, but in a new system; namely, environmental interactions and processes at the bacterial-viral interface."

Michael has always been interested in marine and freshwater environments in New Zealand. “Our New Zealand environment, including its waters, is an important part of our identity as New Zealanders. As well as being an excellent setting for studying some great fundamental biological questions about microbial ecology and evolution, I’m also excited to contribute to improving our understanding of the biological processes of this important ecosystem and our natural environment here in Aotearoa.”