In Aotearoa, novel species of the bacterial genus Acidithiobacillus are exceptionally prevalent in hot springs, including at temperatures far above those previously known for the genus.

Not only does that provide a fascinating insight into the hidden lives of hot pools, it also very importantly demonstrates some of the profound genome changes required for life at high temperature. These extreme genomic adaptations are a new and significant discovery in cosmopolitan hot spring bacteria, found in both ambient and high temperature settings.

Some bacterial groups are genomically adapted to hot spring environments

Genomics Aotearoa metagenomics studies by university of Auckland researcher Kim Handley and her team have shown that novel groups of the bacterial genus Acidithiobacillus are exceptionally widespread and abundant in hot spring settings and are present at temperatures far above those previously known for this bacterium (up to 40 °C higher). 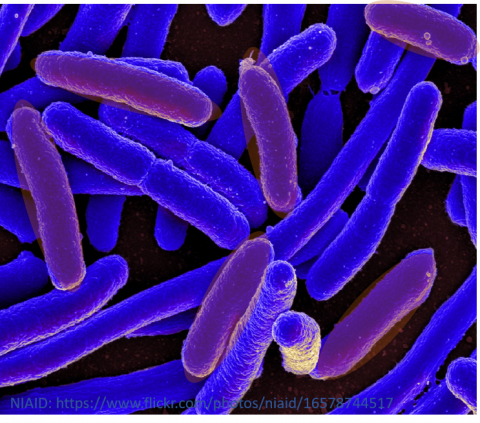 These Acidithiobacillus have reduced genome sizes, and a smaller proportion of duplicated genes (paralogs) and non-coding RNA. These features indicate genome streamlining to reduce cell complexity, which is important for survival at high temperatures, and so are predicted to have higher optimal growth rates and temperatures.

The genomes have a significantly higher proportion of genes encoding for proline – an amino acid that increases thermostability – than Acidithiobacillus from other environments. Moreover, DNA composition was contrary to expectations for streamlined genomes. Instead, the novel Acidithiobacillus have significantly higher proportions of specific DNA bases that may also further improve thermotolerance. The team also found similar features in a related genome derived from a Taiwanese hot spring.

Such extreme genomic adaptations by these previously unrecognised groups have helped them to become widespread in diverse geothermal environments. These adaptations were characteristic of all members of the genus derived from hot springs, indicating substantial divergence from Acidithiobacillus species inhabiting other environments.

The project’s results have revealed previously unrecognised extreme genomic adaptations in this group of bacteria, that facilitate their wide dissemination in geothermal environments, and provide insights into the genome changes required for life at high temperature.

The study was co-supported by Genomics Aotearoa and an Australian Research Council grant awarded to the team’s collaborator at the University of New South Wales, Sydney.